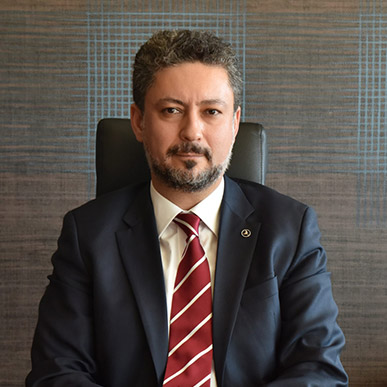 Turhan OZEN
Member of the Board

Turhan Ozen’s near 30-year work experience involves sales, marketing, business development, logistics and supply chain related areas. After graduating from Galatasaray High School, he began studying at the Department of Management at Bogazici University. Later, he got his Executive MBA at Koç University.

He started his early career as the manager of the sales and logistics departments for the Koç Group’s affiliates in the automotive sector where he later became logistics manager. He worked as the Distribution Operations Group Manager and Operations Director at TNT Logistics, where he had been involved since its establishment in Turkey.

Between 2012 and 2014, he was occupied as Vice President of Business Development & Sales at CEVA Balkans-Middle East and Africa Region.

Later in 2015, he was appointed to the position of CEVA Global Health Sector President. He served as the Managing Director of CEVA Logistics Middle East and North Africa region until he joined the Turkish Airlines family in December 2016. He is acting as Chief Cargo Officer, in charge of Turkish Cargo and board member of We World Express and several other industry affiliates.

He is married with two children.